I miss my sister.
Every night, at 10:00 or so, she used to call me on the phone,
and when I asked her why...
She'd tell me that her body told her... She wanted to hear my voice.
"I miss my sister.
"The smell of her shampoo.
"The way she could always convince me to read her another book."
"When you love someone like I loved her, they're a part of you.
"It's like you're attached by this invisible tether,
"and no matter how far away you are, you can always feel them.
"And now, every time I reach for that tether,
"I know there's no one on the other end, and I feel like I'm falling into nothingness.
"Then I remember Jean.
"I remember a life led with no enemies, no resentments, no regrets...
and I'm inspired... to get up out of bed and go on.
"I miss my sister so much.
"It feels like a piece of me has been ripped off.
"Just one more time, I want to hold her.
"Ten more seconds... is that too much to ask?
"For ten more seconds to hold her?
"But I can't and I won't,
"and the only thing keeping me from being swallowed whole by sadness
"is that Jean would kill me if I did.
"So, for now, I'm just going to miss her.
"I love you, Jeanie.
Rest in peace."

*replace my sister with someone dear, and u know what i meant.
VideL ranted on Thursday, May 26, 2011 No comments:

I'd always said that I'll be happy here all alone.
I'd have my work, my friends.
But someone in your life all the time?
More trouble than it's worth.
Apparently, I got over it.
There's a reason I said I'd be happy alone.
It wasn't 'cause I thought I'd be happy alone.
It was because I thought if I loved someone...
And then it fell apart...
I might not make it.
It's easier to be alone.
Because what if you learn that you need love...
And then you don't have it?
What if you like it and lean on it?
What if you shape your life around it...
And then...
It falls apart?
Can you even survive that kind of pain?
Losing love is like organ damage.
It's like dying.
The only difference is... Death ends.
This?
It could go on forever.
VideL ranted on Monday, May 23, 2011 No comments:

adapt or die
(from greys anatomy)
and that's how i see it.
its been a year. and trust me, there was never any easy day for me.
i might went out having fun, laughout loud and scream 'free!!!'
but then, at the end of the day, i'll go back home, missing him and end up crying alone in my sleep.
people were like 'oh has1fah, move on already!!!'
scream all u want.
my mind was saying 'avoid seeing him or them'
but my heart refused. on my defense, unconsciously.
yea i know, disitu salah aku. and, i'm getting tired of hearing people judging.
and i know for sure, that is, just equally (if not greater) as much as people hate it to hear me when i never failed to cry after seeing him with/without them.
i know, i know. ive been getting all the hints and yet, i still didnot avoid him at all. i didnot stop the smses, the calls, the IMs, the emails, the meetings..
i know he'll stop if i had stopped replying (or starting). but i didnot.
yea i know, salah aku.. when i didnot removed all the pictures already.
not in the world wide web, not off the walls too.
yea i know, salah aku..

i told myself to just adapt, instead of dying.
dying, literally, not as in korek lubang kubur and went dead.
but dying as in terminating all the single sources leading me to him.
cutting friends, maybe little by little..
burn all the pictures and memories.
deactivate facebook account?
but, i chose adapt.
adapt to the situation, literally, becoming less and less prone to the sensitiveness and cloudy eyes when surrounded by the people asking when is your turn?
or 'u guys bila lagi?'s questions when they were discussing about their pregnant woman (i cant believe his fren is actually asking me that? i choked tatau nak jawab ape, man, u? of all the people??)
or are u guys back together?
i'll just adapt, and then, one day, i'm gonna be fine.

sumpah!
or no.
wallahualam.

*and i dont want any advice/s.
currently listening to:whataya want from me
currently feeling:sad
i wanna be:a supermodel
VideL ranted on Friday, May 20, 2011 No comments:

feat ayumi, this one.

Thunder only happens when its raining
Players only love you when theyre playing
I say
Women they will come and they will go
When the rain washes you clean youll know..
VideL ranted on Wednesday, May 18, 2011 No comments:

-from prada to nada-

++somewhere only we know

++Lelaki ber-string (Back For Good cover)

oh man! again, who can resist a guy with guitar?
oh how i miss video calling on ym/skype :(


Unaware but underlined I figured out this story
It wasn't good
But in the corner of my mind I celebrated glory
But that was not to be
In the twist of separation you excelled at being free
Can't you find a little room inside for me
VideL ranted on Thursday, May 12, 2011 2 comments:

base: made of digestive biscuits.. 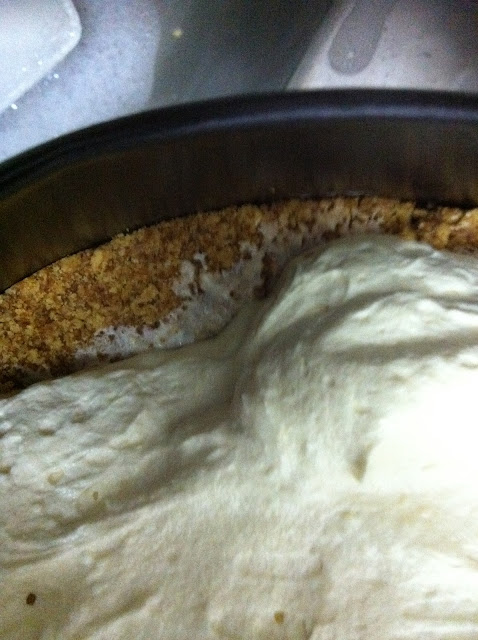 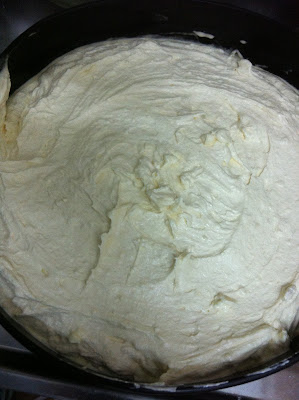 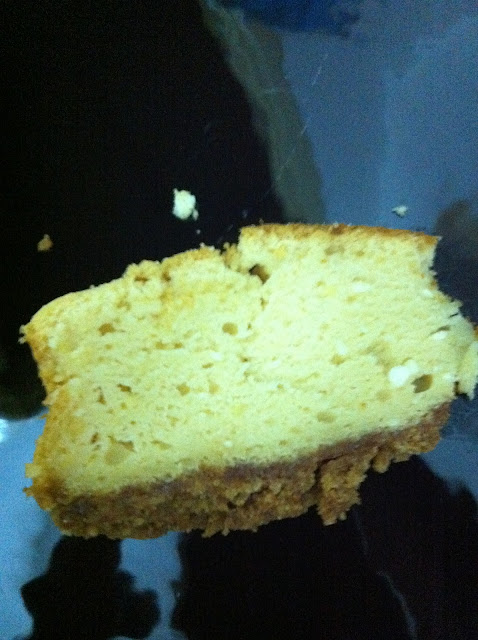 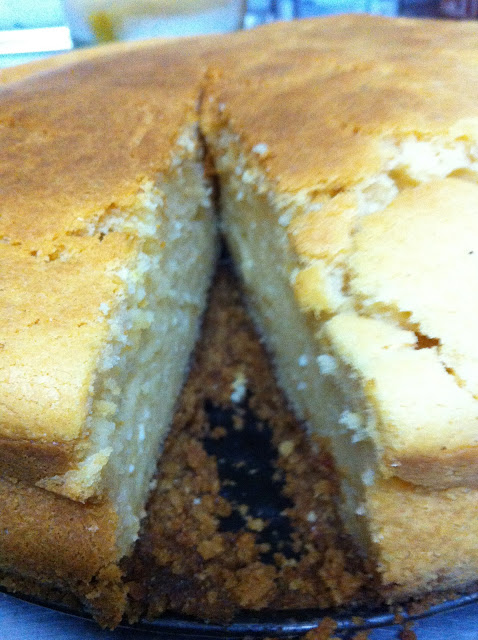 ++the one with big appetite 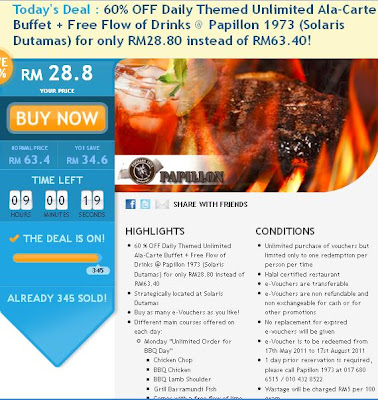 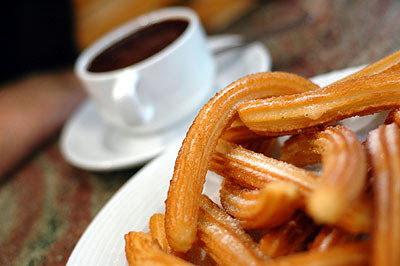 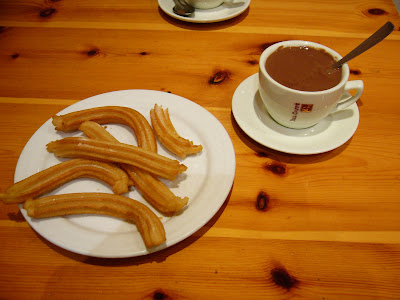 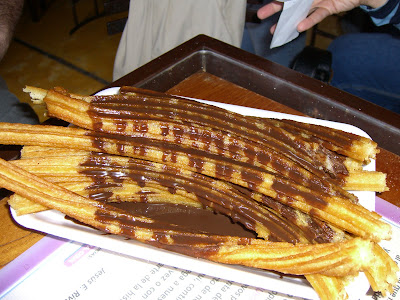 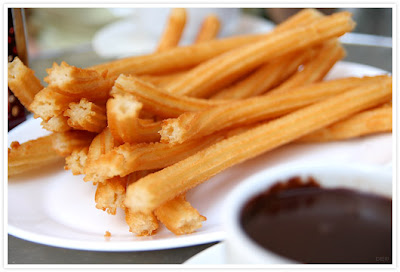 ++from prada to nada

i blame isteri rooney fan again for bringing me un-concentrated on works and kept thinking of watching the movie she recommended!
guek benci dikaukkkk!!!

but anyway, i cannot tahan myself, so i watched jugakla sedikit demi sedikit just now and guess what i've heard at the 11th minute?

WORDS!!!
thats what i think too. hahaha. satu lagi alasan keji susah gile nak kurus kan!
i mean, seriously, why are the carbs cheaper than those salads or salmon or code fish or *insert delicious but expensive diet food here*..
normally, they came with a smaller portion too, obviously if ure on diet whats the point to serve a big portion of expensive meal pon kan,
but, we, the fat-fat girls always think differently. we thought, heyy, we can buy 4 standard pack (lengkap dgn ayam goreng) of nasik lemak with that amount of money yow! and that'll be likely the amount of lunch for 4 days in a row instead of one day. :(

but urm,
today i had the yearly medical checkup.
and i lost 2kg since lastyear!
ahahahhahahahhaha sounds really desperate, but, oh my godness every grams count in my life diction!

The problem with love is, it cant be forced nor stopped.
It comes naturally.
What i dont understand is how people manage to fake it. How did they pretend to love u when all they ever felt was annoyance.
Not that i didnot gave it a try, but the feeling is killing me, i felt like smashing up his face, semua benda rasa sgt memualkan!
Dan, dan dont let me start about being dramatic.
Sekecil2 keegoan or kepoyoan pon boleh buat aku nak termontah.

Tell me how?
Tell how u did it?

how do u pretend to be in love with someone u r not?

this time around, a year ago, i received a heartache.
broke up with mr xyz, and then the company didnot converting me, merely at the same week.
i was a mess. imagine suffering heartbroken, and received the sad news about the work.
thats why i always mentioned the humdrum of 2010. bad luck year!
i started unforeseen regime. hang out with the old shaitans. and also became prejudice of all the people all the way thru.
most of the time, i choose not to go out. i was feeling down and feeling really2 small, and insecure and in-confident. those sinking days.

yesterday, when i received the letter (altho expected)
i felt like a small child again. i felt like walking on the cloud when i took the lift down from level 17.
i would have hug anybody, god i am shy. so i hug u.
nasibaik gaji dah habis, ifnot, i would belanja all the people walking on the street that time. hehe.

and so the journey to find the right place to buy has begin.
oh my, it was such a hard time.
one place is cozy, the price is shit. another one is cheap, but it was in the middle of hawker's stalls. pening kepala.

and i have the low budget of 250k loan amount approval only. aiyark. slowing down the whole processes.

No matter how painful someone is hurting you, sometimes letting them go hurts even worse. #ihatequotes
CoTweet • 02/05/2011 00:00

Sometimes, no matter how much you miss someone, you can't do anything about it 'cause in your absence he found his happiness. #ihatequotes
CoTweet • 30/04/2011 19:30
retweeted by @videlcute